Home
SARMS
ACP-105 SARM: What They Aren’t Telling You

Chances are you’ve never heard of this SARM before. It’s called ACP-105 and only has been around since 2009, making it one of the newer SARMs. The reason why not a lot of people are familiar with the ACP-105 SARM is that there isn’t a whole lot of information available on it.

This SARM was designed by a Swedish Pharmaceutical company called Acadia. It’s said that ACP is comparable to Testosterone mainly because of its strong anabolic effects.

I’m going to do my best and supply you guys with everything that is known about ACP105 but again, the information is very limited. Let’s dive right into it!

ACP-105 belongs to the family of SARMs. Just like other SARMs, ACP binds to the androgen receptors in the muscle and bone tissue. SARMs like ACP105 were mainly designed to be a safer alternative to prohormones and AAS.

Just as with AC-262,536, the research on the ACP-105 SARM is next to nothing, which is why most people won’t even consider researching with it.

However, based on the research that we do have ACP-105 has shown to have strong anabolic effects whilst barely having any impact on the prostate. Keep in mind that this study was performed on rats, not humans.

In all honesty, nobody actually knows how strong the ACP-105 SARM is. It’s said that the compound’s anabolic to androgenic ratio is roughly 3 to 1.

To put things in perspective, it’s said that LGD-4033 (Ligandrol) has a ratio of 10:1. This makes ACP a lot weaker than LGD-4033. I know this might not be very useful but it kind of gives you an idea what ACP105 is capable of.

Animal studies show that ACP-105’s activity is relative to that of Testosterone. However, keep in mind that there isn’t a lot of information known to go by. Most people are just taking guesses when they are talking about the strength of ACP-105.

When it comes to suppression, it seems to be very minimal. Because this SARM is just a partial agonist, it’s not as suppressive as other SARMs such as RAD-140.

This does not mean that you won’t need a SARMs PCT. It’s always a good idea to have one on hand because everybody is different when it comes down to hormone suppression.

Studies also showed that ACP-105 might offer protection against the effects of radiation.

The studies were performed on rats, they were given 1mg/kg per day. The human equivalent would be 11mg per day for a 175lbs male.

It is also worth mentioning that ACP can be detected in doping tests.

The main things to expect are a significant increase in strength, muscle gains and perhaps even endurance. Due to the high anabolic activity that ACP has, you can definitely expect good results.

But dont expect them to be as good as with a SARM like Andarine.

The main issue with ACP-105 is that there is no information available on it. Most researchers will choose to go with a different type of SARM, take MK-2866 for example. There is a whole lot more known about Ostarine than ACP-105 and it’s very effective.

With that being said, if you do intend to research with this compound make sure to purchase it from a legitimate source.

We might know more about ACP-105 in the future but for now, I suggest taking a look at different SARMs such as LGD-4033 and Testolone. 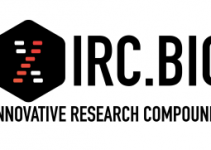