Ever since the ban of DMAA (1,3-dimethylamylamine) pre workouts we have been searching for alternatives that come somewhere close near the effects of this stimulant.

Most pre workouts all have similar formula’s and they don’t just work as well as the good old DMAA pre workout.

If you are wondering why they are no longer available, let me give you a quick explanation.

DMAA Pre workout have been banned because 1,3 DMAA was a synthetic stimulant. Instead of a naturally occurring ingredient.

The FDA could not find any reliable sources that indicated that DMAA was naturally found in plants. And just like that, the FDA banned DMAA Pre Workouts all together back in 2012.

If you’re interested in a strong alternative, I highly suggest checking out AMPED AF. It contains DMHA which is basically DMAA’s twin brother and is extremely effective. 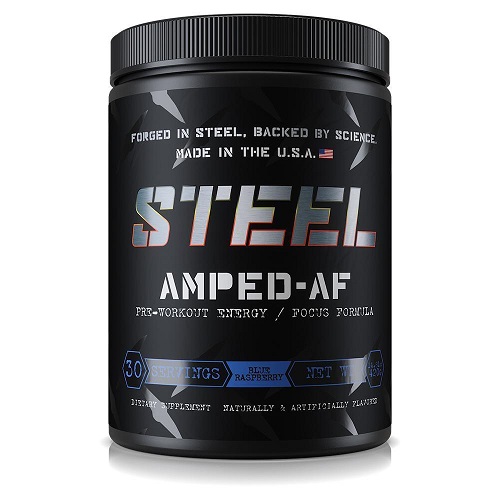 For those of you who have never tried a DMAA pre workout, it is nothing like the stuff available on the market today.

You are probably wondering, what does a DMAA Pre workout feel like?

The thing with Pre workouts nowadays is, supplement companies throw in a little extra Caffeine or some more Beta-Alanine and claim they have a new groundbreaking formula.

But often we just end up missing that extra boost or get used to them very quickly. Pre-workouts with too much caffeine give you a boost at the start of your workout, but you will quickly end up losing focus.

Having tried various pre workouts myself it is safe to say these popular products nowadays just don’t cut it for me.

What If I told you there was an alternative to the old DMAA Pre Workouts?

Oh and trust me, it is way better than all the other stuff currently available.

For those of you that have no idea what DMAA is let me give you some background information.

DMAA, also known as Methylhexanamine or 1,3-dimethylamylamine is a very strong central nervous system stimulant.  Which is not strange when you find out it is actually an amphetamine derivative.

The main reason people have started using a DMAA pre workout is because of its strong effects. It is able to significantly enhance your energy levels. You can compare it to an ECA Stack which is a strong stimulant.

Whether DMAA is a natural or synthetic ingredient is still up for discussion.

Several supplement companies suggest that DMAA is naturally derived from the geranium plant, whilst the FDA claims that DMAA used in dietary supplements is synthetic.

Nowadays, you’ll find that a lot of supplement companies use DMHA instead. It’s like DMAA’s twin brother.

Unfortunately, Pre Workouts with DMAA are no longer available.

Well, unless you purchase them illegally which I definitely would not recommend.

But I have some good news. There are alternatives to the old formulas from back in the day.

I managed to find a company that put together almost the exact same DMAA Pre workout.

Yes, that’s right, I couldn’t believe it myself at first. Upon looking closely through the ingredients the team from Steel Supplements put together I was amazed.

You can tell these guys researched and took the time to formulate this pre workout. 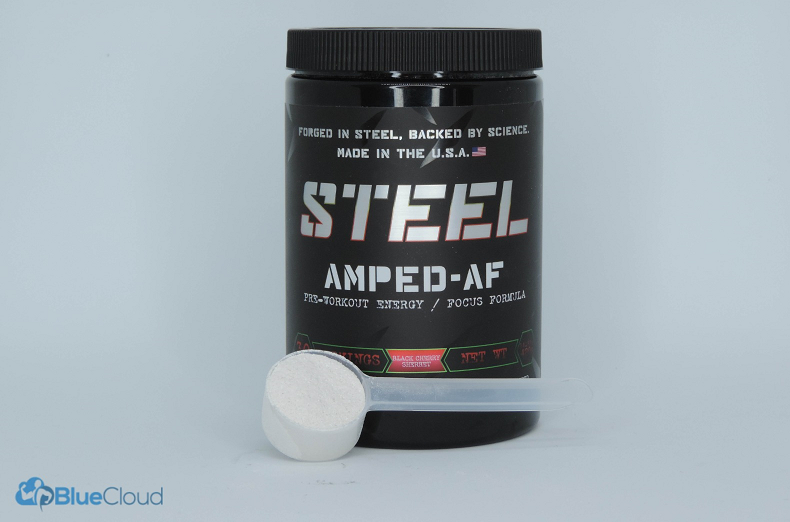 AMPED-AF contains a lot of different ingredients that help you optimize performance.

A few examples are Yohimbine HCL and Hordenine.

In my opinion, AMPED-AF is far superior than most pre-workouts available on the market. Due to it’s potency, you’ll find that it is a lot stronger than other products.

It is also worth mentioning that you get no crash at all after using AMPED-AF.

This is huge for me because the old DMAA Pre workouts made me extremely tired after using them.

If you’re looking for a review on this product, take a look at the video below.

Let me quickly run you guys through my personal experience. I took one scoop of this product just before I was about to train chest and triceps.

After about 20 minutes I started feeling the effects. Whilst driving to the gym I got very focused and was full of energy.

The pumps were also AMAZING. Seriously, it has been quite a while since I got a good workout in like this one.

I ended up doing a lot more volume than expected just because I felt so focused. I ended up setting a personal record during the bench press which was awesome.

Afterward, I felt good and was satisfied with the work I put in, no crash at all like with other pre-workouts.

Steel Supplements has done an amazing job at formulating AMPED. They’re also working on a lot of new and exciting supplements to help us optimize performance. I highly suggest checking out their other products, Alpha AF and Shredded AF.

I used to be a huge fan of the old Mesomorph Preworkout DMAA version.

Mesomorph was just one of those preworkouts you had to have. Unfortunately, the Mesomorph Preworkout DMAA version was taken off the market.

They came out with a new formula that does not contain the good old DMAA stimulant.

To be completely honest, I ended up purchasing a new tub of the Mesomorph Pre workout.

I was hoping that the new formula would be somewhat like the old DMAA version.

I tried taking multiple scoops of the new formula and it was quite dissapointing.

If you are looking for an alternative on the Mesomorph Preworkout DMAA, I would highly suggest checking out AMPED-AF. They have done a great job formulating it and it’s extremely potent.

The reason why I like AMPED is that it contains a good mix of various stimulants. However, they’ve managed to put just enough in there so you don’t experience a crash afterwards. For those who have tried the old Mesomorph Pre Workout DMAA formula, you can expect the same energy, focus, and pumps when taking a scoop of AMPED AF. 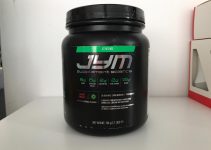