The Mesomorph Pre Workout is one of the most popular and widely used performance boosting supplements.

After the mesomorph pre workout DMAA version got taken off the market, people think it’s no longer as effective.

They couldn’t be more wrong.

If you’ve used the old formula and you’re looking for a new challenge, APS came out with a new solid version of Mesomorph and it’s still available.

I’ve used both the old and the new formula of Mesomorph. In this review, I’m going to tell you everything you need to know about this pre workout and what you can expect. 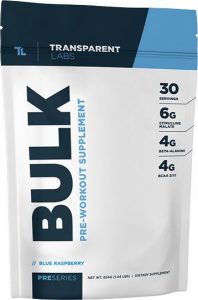 It’s one of the best PWO’s currently on the market. The formula contains 19 different ingredients which will take your workouts to the next level.

Most of you know have probably heard of or used the old Mesomorph Pre Workout that contained DMAA.

The old formula was very strong compared to most pre workouts available at that time. It definitely was for the more experienced stim junkie.

I had personally used it several times and it would give you an insane energy rush and focus. It was nothing like the other pre workouts I had tried before. However, there was also a huge crash once the effects wore off.

Let’s have a look at the ingredients of the old formula.

As you can see it contains a lot of ingredients such as Beta Alanine, Creatine that’ll you find in other pre workout.

But what made the old formula so strong was the Neuromorph-Neuro Energized Stimulant Matrix blend. This blend contained the powerful and now banned stimulant called 1,3-Dimethylamylamine HCL or DMAA.

DMAA had the ability to drastically improve performance but could also cause heart palpitations, anxiety, and many other side effects.

Eventually, the stimulant was banned in 2012 causing the old Mesomorph Pre Workout DMAA formula to be taken off the market.

But that didn’t stop APS from formulating a newer version of Mesomorph. I’ve tried it and it’s definitely a very interesting pre workout, to say the least.

Fortunately for us pre workout fans, APS directly came out with a new and exciting formula after the ban.

A while ago I decided to purchase a bottle of the new formula so that I could put it to the test.

I’ll be honest with you guys, it wasn’t as good as the old formula but I still got great energy, pumps and focus from it. It’s still one of the best pre workouts currently on the market.

You can definitely expect it to help with:

But what I really liked about the new version is that it didn’t have any crash at all. With the old formula, I’d be completely drained after taking it and doing my work out.

In my opinion, it’s pretty much a better version of the old formula.

A lot of people wonder if this pre workout has any side effects. Well, before I start talking about side effects you should not exceed the recommended serving size.

Also, if you’re sensitive to caffeine and other stimulants it would be a good idea to start out with just half a scoop to assert tolerance.

With the old formula there were definitely some side effects because of the strong stimulant blend containing DMAA. You could experience anxiety, nausea and headaches.

Also make sure to check out my Oulift Pre workout review!

Let’s also take a closer look at the new formula and what it contains.

The new formula contains the typical ingredients found in a pre workout. This includes Beta-Alanine and Creatine.

As you might be able to tell the Neuromorph-neuro stimulant matrix no longer contains DMAA and now contains different ingredients. It has been replaced by the following ingredients:

These are all solid stimulants that will help give you an insane focus and energy rush.

Most people don’t realise its still an effective and strong pre workout. If you’re having doubts, I highly suggest giving it a shot.

Mesomorph is available in a lot of different flavors. One of the popular flavors is Rocket Pop.

I went with the Carnival Cotton candy and it was actually really good. Definitely one of the better tasting pre workouts out there. Once this bottle runs out I’m going to be trying the Rocket Pop flavor which is said to be amazing.

You can get a bottle of the new formula for about $35. It contains 25 servings which comes down to $1,40 per serving.

Typically, each serving pre workout costs anywhere from $1 to $1,75 per serving.

It’s a decent formula but I found Preseries Bulk to be far more superior. It has more ingredients and a larger serving size.

The mesomorph Pre Workout will always be one of my favourites.

It’s still available and the formula is just as good as the old one. If you’re looking for a hardcore pre workout then you can give it a shot. However, there are better alternatives on the market.

Let me know if you’ve had any experiences with the Mesomorph pre workout! 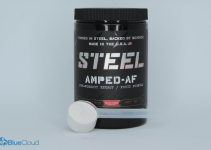 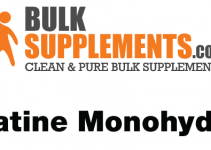