Home
Anabolics
Primobolan Results, Side Effects And How It Works

You might also know Primobolan as Primo or Methenolone. This anabolic androgenic steroid is derived from DHT and comes in both injectable and oral form.

It was first used back in the US in the 1960’s for various medical purposes. The effects of Primobolan have also been studied in breast cancer treatment.

However, the use of Methenolone was quickly discontinued.

Nowadays, it’s used by bodybuilders to enhance their physical performance and muscle mass.

There are two forms of Primo. Let’s take a quick look at each of them.

You have the injectable version which is known as Methenolone Enanthate.

It has a longer-lasting ester than the oral version. The half-life of this compound is quite long, roughly 10 days.

It is derived from Dihydrotestosterone which means it can not aromatize. This means users won’t have to worry about side effects such as Gynecomastia.

The oral version of Primobolan is known as Methenolone Acetate.

Methenolone Acetate is the only oral steroid that is non 17-alpha-alkylated. This makes it much less liver toxic than other oral steroids such as Dianabol and Winstrol.

However, it has weak bioavailability. This means it will be much weaker than other steroids.

Primo is mainly used during cutting cycles or pre-contest. It can help greatly with muscle hardening but it’s not really that effective at building mass.

When it comes down to gaining size, bodybuilders will choose a compound such as Deca Durabolin or Anadrol to build size.

Most people underestimate the effects of Primobolan. On it’s own, it’s not really as powerful. You can kind of compare it to Masteron.

But when it’s stacked with other AAS, that is when it has the ability to show it’s full potential.

Of course, it isn’t as strong as the famous steroid Trenbolone but it does have it’s own set of effects.

Primo will also greatly speed up the muscle recovery process.

When it comes to oral primobolan, a typical dosage seems to be 150mg per day. You’ll find bodybuilders that run it at a higher dosage, but it is not advised.

It is often stacked with steroids such as Sustanon or Testosterone Enanthate.

Because it is considered a mild compound, you’ll find that many female bodybuilders use it as well.

The average dosage for women seems to be between 25-50mg/week for 4-6 weeks.

Primo and Anavar are the most popular compounds for women. They are somewhat mild compared to the rest but still carry plenty of side effects.

Women should watch out for virilization symptoms.

Even though Primobolan depot might not be as powerful as other steroids, it still carries side effects.

This should you make think twice about using anabolic steroids. Personally, I would suggest checking out legal steroid alternatives.

Side effects associated with the use of Primobolan include hair loss, acne and testosterone suppression. This means a Post Cycle therapy might be needed to restore hormone levels.

Steroids can have serious health risks and I highly suggest staying away from them.

There are better alternatives to these compounds. Personally, I’m a big fan of the Crazybulk legal steroids.

They will help you reach your goals in a natural and safe way.

Primobolan isn’t as popular and effective as steroids such as Turinabol but still has it’s place.

A lot of bodybuilders choose to stack it with other anabolics to optimize results and effects.

Despite being very mild, it does have serious side effects and should not be underestimated.

It is advised to look at legal steroid alternatives because they do not carry any side effects. 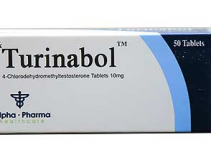 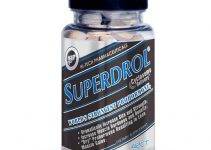