Well-known pharmaceutical company GTX is said to be investigating a SARM known as S-23 and based on available information, it’s not hard to see why. So far, research results have shown a positive correlation between the intake of S-23, muscles mass growth, and fat loss. Apparently, the s23 SARM works by binding itself with androgen receptors and it’s non-steroidal.

S-23 is said to positively affect muscles and bones thanks to its tissue-selective anabolic effects, and it doesn’t come with the androgenic effects that other anabolic androgenic steroids (AAS) come.

For example, instead of enlarging the prostate it actually decreases its size which is great news for those of you who are worried about its possible effects on the prostate.

GTX is a pharmaceutical company that specializes in hormonal drugs, so it makes sense that they’d be investigating S-23 and other selective androgen receptor modulators (SARMs). GTX’s interest in S-23 is based on claims that the SARM has sperm-suppressing characteristics that could qualify it as the world’s first male contraceptive. GTX has also developed MK-2866, also known as Ostarine.

If you’re interested to know more about S-23, read on to find out how it works, how it can benefit you, its side effects, as well as the research that has been conducted on it so far.

Similar to other SARMs, S-23 affects muscle and bone tissue and primarily produces anabolic results in these regions. The great thing about S-23 is that it doesn’t come with the side-effects that are caused by most SARMs in the market.

The scientific research and anecdotal evidence that has come forth about S-23 shows that it’s quite possibly the most potent SARM there is.

Here are just some of the reported benefits that come from using it.

S-23 has been shown to help build lean body mass, and those who’ve taken it have reported better gain retention after finishing their cycle.

S-23 gives you the opportunity to optimize high-intensity workouts thanks to innate fat-burning and lean muscle building properties.

The only downside of taking S-23 is that it can increase anger. According to one user, this could be due to the level of intensity with which one approaches workouts when taking S-23.

Another benefit of taking S-23 is the fact that it helps with fat loss as well as fat oxidization.

In fact, a study that was done on rats showed that giving them S-23 reduced the rats’ body fat percentage while increasing bone mineral density and lean muscle mass. The study also shows that taking S-23 in high dosages increases its fat-burning properties significantly, which leads to a massive decrease in body fat.

Users report that S-23 doesn’t lead to any bloating or water retention, which means that they were able to maintain their gains even after they were done cycling S-23. As a result, many bodybuilders use S-23 during the cutting phase as they find it most beneficial during this stage.

If you want to build grainy-looking muscles, then you should definitely consider taking S-23 during the cutting phase. It’s worth noting that getting the type of hard muscle aesthetic that S-23 delivers is not something you can do with conventional steroids, which is why most bodybuilders prefer taking S-23 in preparation for competitions and events.

Here are some of the side-effects that you can expect to experience when taking S-23.

According to users, S-23 is the closest thing to conventional steroids that you can get in the SARM market. This makes it unique and much more potent, with side-effects that are quite different from other SARMs. S-23 actually decreases testosterone levels to the point that some users report supplementing with Testosterone Replacement Therapy (TRT) in order to fight the resulting deficiency.

The good news is that this side effect doesn’t last and will become completely reversed once you’ve completed your cycle on S-23.

There have been reports of increased anger while taking S-23, so it might not be the best option for those that have a history of anger issues.

Some bodybuilders have noticed their testicles shrinking while using S-23 and this was later supported by a scientific study which showed the same side effect.

This is mainly associated with S-23’s ability to decrease testosterone instead of increasing it, and the good news is that it’s only a temporary side-effect and things should go back to normal once you finish cycling with it.

S-23 has been shown to produce a darker urine color, but this side-effect is also temporary and only lasts while you’re cycling with S-23.

Generally, it’s recommended to take S-23 in dosages of between 0.5mg and 50mg. This is according to studies that have been conducted on the SARM so far.

Yes, we realize that this is a very broad range but like any SARM, the dosage of S-23 depends on a number of factors, such as the result you’re seeking. With that said, most bodybuilders say that an effective dosage is anything between 20mg and 30mg. 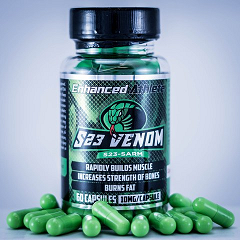 If you want my advice regarding the best s23 dosage, I’d say go with roughly 10 to 20mg a day. Based on anecdotal experiences this is probably the most optimal s23 dosage. This compound is very effective and strong, you probably won’t need much more.

The half-life of S23 is roughly 12 hours. This means that you will have to dose S23 twice a day in order to have stable levels in the blood. I would suggest taking your S23 dosage once in the morning and once in the evening.

This comes standard and shouldn’t even be a question at this point. You need to take measures to recover hormonal balance as soon as you cycle with any SARM, not just S-23.

However, it’s even more important to do so with S-23 because the level of suppression it causes could lead to a total shutdown. That means you need to undergo a very rigorous PCT to get your endocrine system functioning optimally again.

For the best results, we’d recommend going with Clomid and Nolvadex. Make sure to read our SARMs PCT Article, it contains a lot of useful information about this topic.

While most SARMs won’t lead to hormonal havoc after a cycle, there are no such guarantees with S-23 because it’s really powerful and quite similar to steroids in its effects.

It’s important to keep this information in mind when considering an S-23 cycle so that you can take the necessary measures to recover your hormonal balance afterward. Of course, its side effects are temporary and will stop once you’ve completed the cycle but it’s better to be on the safe side nonetheless.

S-23 is the only SARM on the market that’s powerful enough to duplicate the kind of results you’d get from potent steroids or prohormones. RAD140 Or Andarine would be a close second.

In fact, some users have reported experiencing similar effects to Winstrol & Anavar when cycling with S-23, while a study by Dr. Tony Huge showed the same results.

Below you can see the personal review of S23 by Dr. Tony Huge:

With that said, taking S-23 is still not as intense as cycling with steroids like Winstrol and Anavar, for example.

All in all, S-23 has been shown to produce a lean, mean and high-performing physique that can win you competitions when cycled in the right way.

A lot of bodybuilders add S23 SARM towards the end of their cycle in order to help them create a harder and grainer physique that’s made possible by S-23’s fat-reducing qualities.

Some people report to stack SARMs such as S23 with LGD-4033 and MK677 for amazing lean muscle gains.

As such, it’s often advised to add S-23 during the last 8 weeks of your 12-week cycle instead of starting with it in the beginning.

Judging from the research and experiential evidence bought forth by S-23 SARM users so far, this SARM is a powerhouse that can help you lose body fat, gain lean muscle mass and produce a ripped, textured physique.

However, it’s important to keep in mind that using it does come with certain unavoidable side effects that we’ve mentioned but they do stop once you’ve finished cycling with S-23.

Plus, you’ll be able to retain the lean muscle that you gained even after you’ve finished your cycle so it’s the perfect SARM for anyone that’s preparing for a competition.

The only serious downside with taking S-23 is the fact that no clinical trials have been done to corroborate the claims made about it, but research is underway to provide more conclusive and reliable evidence. You also have to deal with the fact that S-23 significantly suppresses testosterone, but you can avoid this side effect by complimenting S-23 with the right supplements.

Overall, S-23 is the ideal choice for getting textured muscle, increase fat loss and retain lean muscle mass after a cycle. If you don’t think S-23 is the right choice for you, make sure to check out RAD-140 and LGD-4033, both are great for building mass. 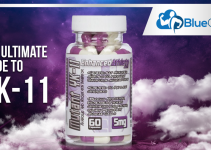