Home
Kratom
Should You Be Smoking Kratom?

I’ve had plenty of people ask me if smoking kratom is worth trying. Kratom, also known as Mitragyna speciosa is known for its overwhelming effects.

A lot of users search for various ways to absorb kratom, which includes trying to smoke kratom.

If you are thinking about smoking kratom, make sure to keep reading!

Can You Smoke Kratom?

Yes, you can smoke Kratom. Is it a good idea to be smoking kratom? No, it isn’t.

Don’t believe the blogs who say smoking kratom is effective, they obviously haven’t tried it.

The reason why it isn’t a good idea to smoke it is that it simply is not worth it. Apparently, the heat will damage the alkaloids. This means that you won’t feel anything if you’re going to be smoking just a few grams.

Can you just imagine smoking 10 grams of Gold Bali Kratom and having very minimal effects? Sounds like a waste, right? That’s because it is a waste!

Trust me when I say that it’s not going to be fun, you are much better off consuming the powder with a bit of water or juice. You are going to end up wasting your kratom without experiencing any of the benefits.

It’s also worth mentioning that Smoking kratom will also be much harder on your body. Can you imagine what smoking 10 grams of Kratom will do to your lungs? Bad bad idea.

This is also one of the many reasons I suggest consuming either powder or capsules. Dont bother with smoking kratom and save yourself time and money.

Smoking Kratom: Yes Or No?

Smoking kratom is a bad idea, there is no other way to put it. It’s a horrible way to ingest Kratom and you don’t really get any benefit unless you plan on smoking ridiculous amounts.

Let me show you what other people who tried smoking kratom had to say about it. This will definitely make you think twice.

I tried smoking Kratom a few times when I first started taking it. Definitely would never do it again, you need a lot to get any effect and it gave me an extremely painful headache.

I have tried smoking kratom multiple times, and have come to the conclusion that it’s not worth it as your sole method of ingesting kratom. First, it is possible to smoke it and feel it, but, like another user pointed out, you need to smoke a lot, at least as much as you would eat, likely more, for a similar effect.

Trust me, trying to smoke that much isn’t going to be fun. Its not very easy to smoke either. I highly suggest just taking powder.

I noticed that a lot of people who have tried smoking it end up feeling horrible. Headaches, nausea and little to no positive effects.

You’ve probably already guessed it, the answer is NO. Smoking kratom is a waste of your kratom supply.

Stick to consuming Kratom powder. It’s far more effective and easier to consume. The powder is great because it kicks in really fast, usually within 10 to 20 minutes. If you are new to kratom make sure to read our kratom dosage guidelines.

Are you having trouble with consuming Kratom powder? Check out the best ways to take kratom. I used to have issues with downing the powder but have found multiple ways to mask the taste

Give these a try if you are having problems with the taste of Kratom.

If you are looking for a euphoric strain to try, check out Maeng Da Kratom.

If you absolutely cant stand the taste of kratom powder, consider buying kratom capsules. They eliminate the nasty taste and are very easy to consume.

Keep in mind that capsules might be a little more expensive than raw powder. 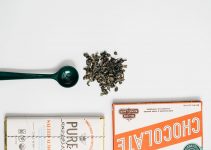